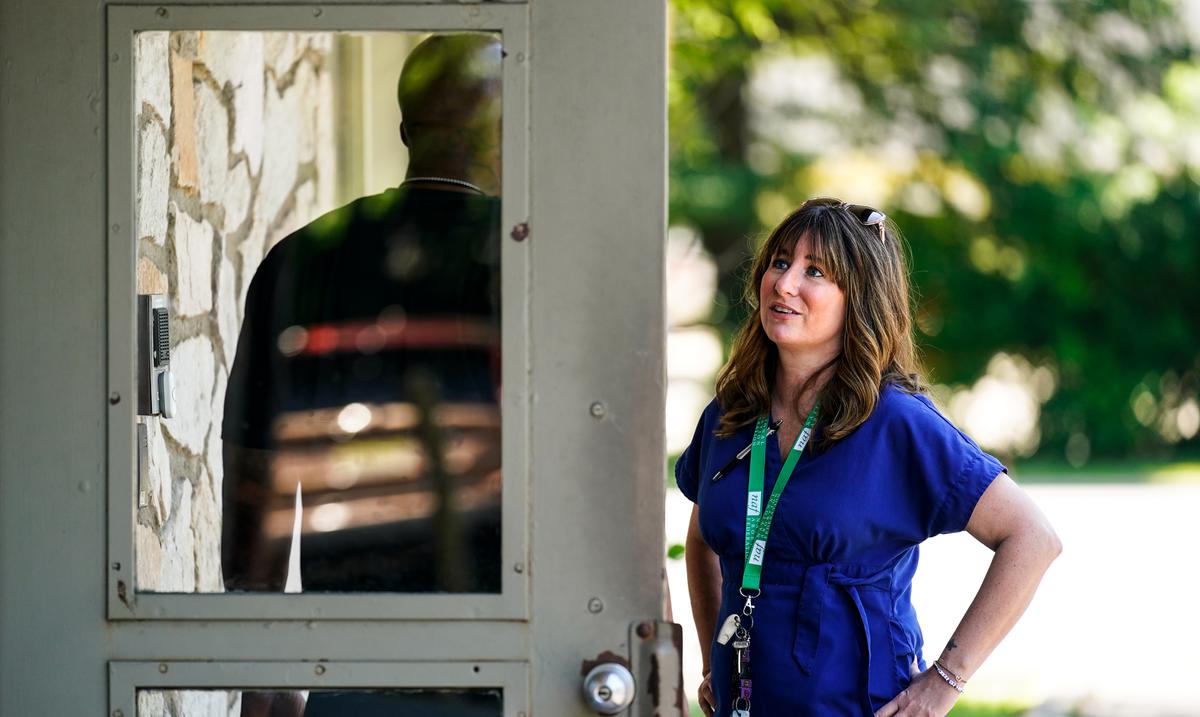 In her first week working at a Philadelphia clinic that offered abortions, amanda kifferley learned to look for bombs. A year later, protesters blocked the entrances and exits of The Women’s Clinic, at one point surrounding her and pushing her from one side to the other.

The last day the Supreme Court analyzed a case that could end the right to abortion, people gathered in front of a New Jersey clinic, with recliners, a cooler and a lit torch, a scene that reminded many of the lynchings and other horrors associated with the racism of the past, according to Kifferly, who is now vice president of The Women’s Clinic, in charge of the unit that monitors access to abortion.

These episodes are common in health centers that offer abortions since the Supreme Court legalized abortion in Roe v. Wade.

There were episodes of serious violence, including bombings, arsons and murders, such as the death of Dr. David Gunn outside an abortion clinic in Florida in 1993 and a shooting that killed three people at a Colorado Planned Parenthood clinic in 2015.

Health centers and some police departments are now preparing for possible outbreaks of violence when the Supreme Court makes its ruling. They say that, historically, there is an increase in violent episodes when the issue of abortion rises to prominence, such as when a state passes new restrictions. If the Roe v. Wade –as a leaked draft indicates– it is foreseeable that there will be protests, harassment and acts of violence in the states where abortion is still legal.

“From experience we know that people who protest in front of clinics where abortion is prohibited do not put their things away and go home,” he said. Melissa Fowlerof the National Federation of Abortions (FNA).

That organization and hundreds of clinics offering abortions have declared a “state of high alert” since the Supreme Court justices’ opinion was leaked, according to Fowler. Your organization has staff prepared to intervene if there is violence, available 24 hours a day. They also go to clinics and conduct rehearsals on how to respond to violence or bomb threats and advise on where to install security cameras. They also analyze the risks that doctors may run at home, monitor threats on the networks and maintain contact with the police, who sometimes send agents or install cameras to protect clinics.

The relationship between clinics and police, however, is not always good, and clinics must assess whether the presence of an officer might scare patients, according to Fowler. Kifferly says cooperation between clinics and police varies by city and state. She recalls that she once asked an officer for help when she was being assaulted in front of the Philadelphia clinic and the officer told her to call 911.

The FNA, which collects information from its more than 500 members about harassment and violence in clinics, reported an increase in such incidents in 2020, the last year for which it has data. The number of threats, including death threats, and assaults more than doubled, with clinics reporting more than 24,000 threats or harassment via email or social media.

Complaints increased after donald trump he became president and “extremists felt they no longer had to hide,” Fowler said. Kifferly added that the coronavirus pandemic seemed to make things worse. In the four states where the Women’s Centers operate (New Jersey, Connecticut, Georgia and Pennsylvania) “we were harassed by protesters” who complained that the clinics remained open while their churches and businesses were closed.

Opponents of abortion have also been attacked and claim that the incidents increased after leaking the draft of the Supreme Court. A report from Federal Bureau of Investigation (FBI, in English), however, said in 2020 that harassment of opponents of abortion is historically “infrequent.”

Shortly after the Supreme Court’s draft ruling was leaked, the Department of Homeland Security’s Office of Intelligence and Analysis said the draft increased the likelihood of violence from both sides.

Susan B. Anthony of Pro-Life America said there have been more than 40 incidents of violence, intimidation and vandalism at pregnancy centers and churches in recent weeks.

In early June, an individual with a gun, a dagger, ropes and other items was detained near Supreme Court Justice Brett Kavanaugh’s home overnight. The man stated that he wanted to kill the judge for the eraser and for a shooting at an elementary school in Uvalde, Texas.

The Supreme Court is expected to issue its ruling in the coming days or weeks.